Every car owner wants to keep their vehicles free from dents and keep them in pristine condition. Unfortunately, no matter how safe and cautious you are on the road, you will still encounter small dents and dings at some point. Having paintless dent repair in Addison is a technique that is often used to save your car from these small and frustrating flaws. People tend to be a bit hesitant to try this out though, often having doubts if this kind of service is really worth it.

The technique is not new since it has been used in several countries for decades, although it is still unknown by the majority of the general public in the United States. There have been several misconceptions going around regarding the technique. For this reason, our team at Addison Auto Body & Glass would like to clear them out and help you become more familiar with this very effective and efficient technique. 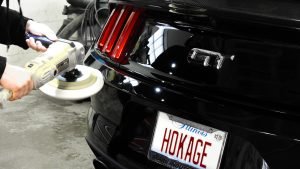 • Does paintless dent repair work?
Yes, PDR works and in the majority of the cases, the dents and dings are completely removed. There will be no signs of dents or dings since this method can easily restore your car into its original condition.

• Will the dents come back?
The dents do not come back. Once repaired, it will stay as is. However, your car may still have new dents and dings due to everyday wear and tear.

• How much is paintless dent repair?
Paintless dent repair in Addison is usually less expensive than the traditional repair. This is because there are less steps involved in the process compared to the conventional repair. Having lesser steps means that there will be less materials needed and time needed to complete the repair. This then entails less work needed to be paid as well, making this process a less expensive alternative.

• How long will it take to finish?
Paintless dent repair is quicker since there are fewer steps involved. While the professionals will need time to disassemble and reassemble the pairs, there are usually no time delays for parts procurement which often happens in conventional repairs. The parts do not need to be prepared or painted with this type of technique nor is there a hastening turnaround time.

• Will my car need a paint job?
Cars that undergo a paintless dent repair do not need to get a new paint job. It is understandable why many car owners hesitatsse to do this job because they believe they need a new paint job and matching can be a huge concern. Fortunately, this is one of the challenges that arise when cars undergo the traditional repair process. They need to blend the panels with the original color in order to make it natural and seamless as possible, however this is not a concern when you get PDR.

Now that you have some idea about paintless dent repair, you may consider having it done for your own vehicle. Our team at Addison Auto Body & Glass offers reliable paintless dent repair in Addison. We are experts in every aspect of auto repair and servicing which can give you peace of mind. We have extensive knowledge of a wide range of specialties and place customer satisfaction as our priority on every project. If you would like an estimate, you can contact us directly at (630) 543-7972.